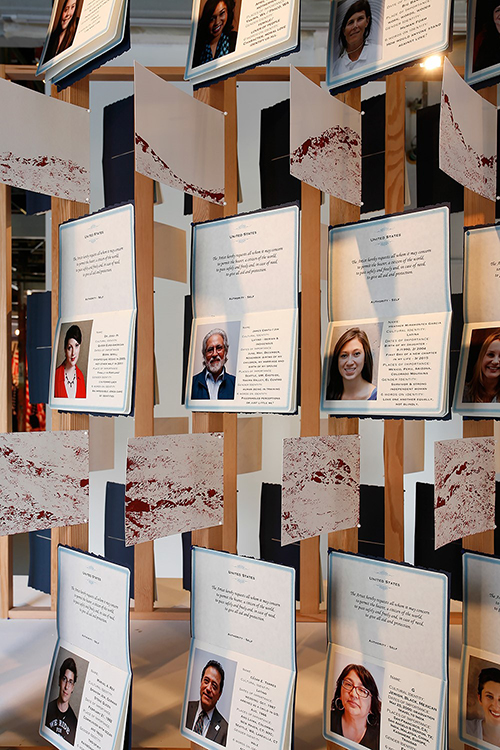 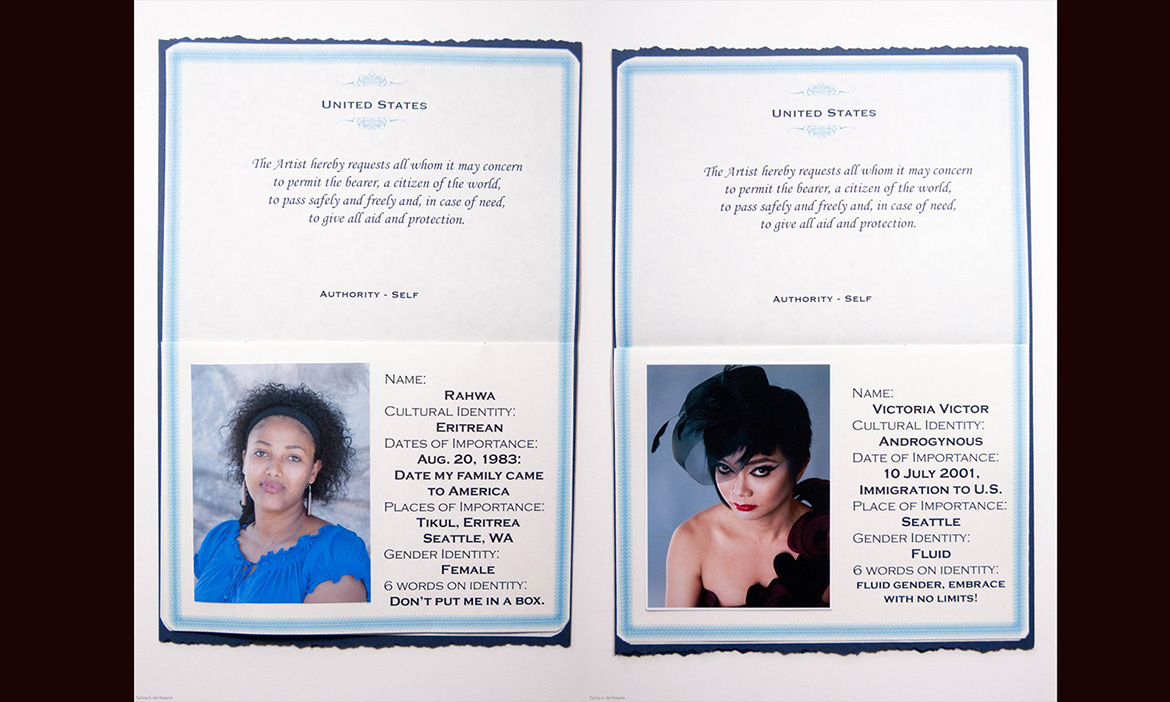 The United States (and many other countries) has a long history of categorizing people, granting rights and privileges to some, denying them to others: Slavery and the One-Drop Rule; the Chinese Exclusion Act of 1882; Japanese American Internment by Executive Order 9066 in 1942; state anti-miscegenation laws that remained in place until 1967; the Defense of Marriage Act of 1996; and now, the Executive Order barring Syrians, Libyans, Somalis, Iranians, Iraqis, Yeminis and all refugees from the United States.

The habit of categorization can also be seen on an everyday basis, whenever we fill out applications for a driver’s license, resident alien or green card, and passport – even for a job and insurance. We must check boxes for all sorts of categories, the sum of whose parts never equal who we are.

In this series that I started in 2013, I work with a variety of people to create "passports." I have reframed typical application questions and invite individuals to provide answers, not by checking a box, but by using their own words to describe the most important parts of themselves. Together, we express our shared hope for the time when we are not limited and fragmented by categories, when can all be free to be our whole selves.

The Passport Series is made possible by 4Culture, the City of Seattle Office of Arts and Culture, Wing Luke Museum of the Asian Pacific American Experience, Frame Destinations and individual contributors.