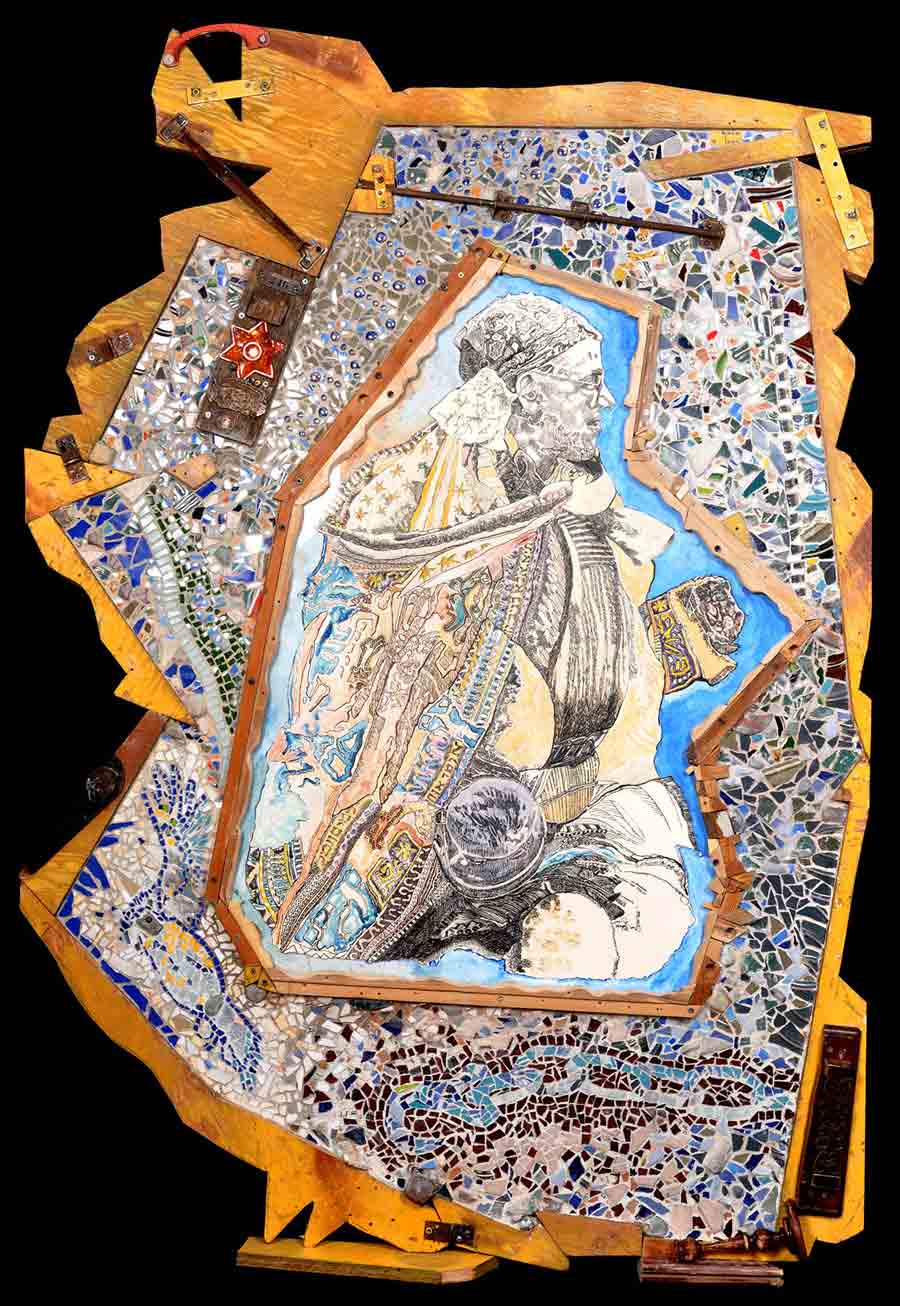 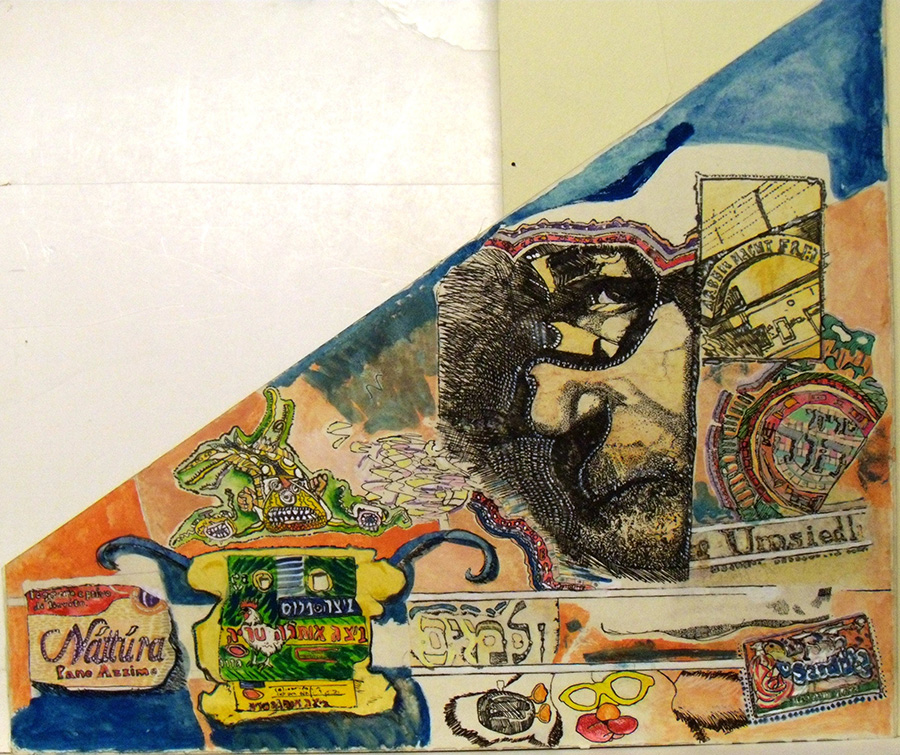 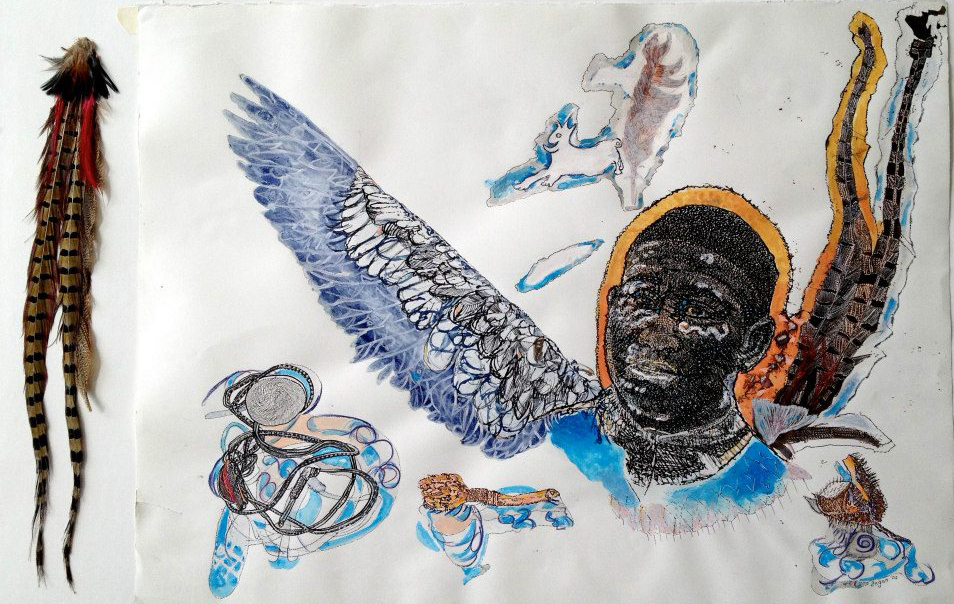 This exhibition by Seattle artist Akiva Kenny Segan features drawings and mosaic-drawing combos from two of his powerful series of works. His Holocaust themed series, “Under the Wings of G-d” includes portrayals of victims of the Holocaust whose names we know and those whose names are lost, many of whom are metaphorically depicted with bird wings. Selections from his “Sight-Seeing with Dignity” series pay homage to Harvey Milk, Victor Jara, and other victims of Human Rights abuses throughout the world.