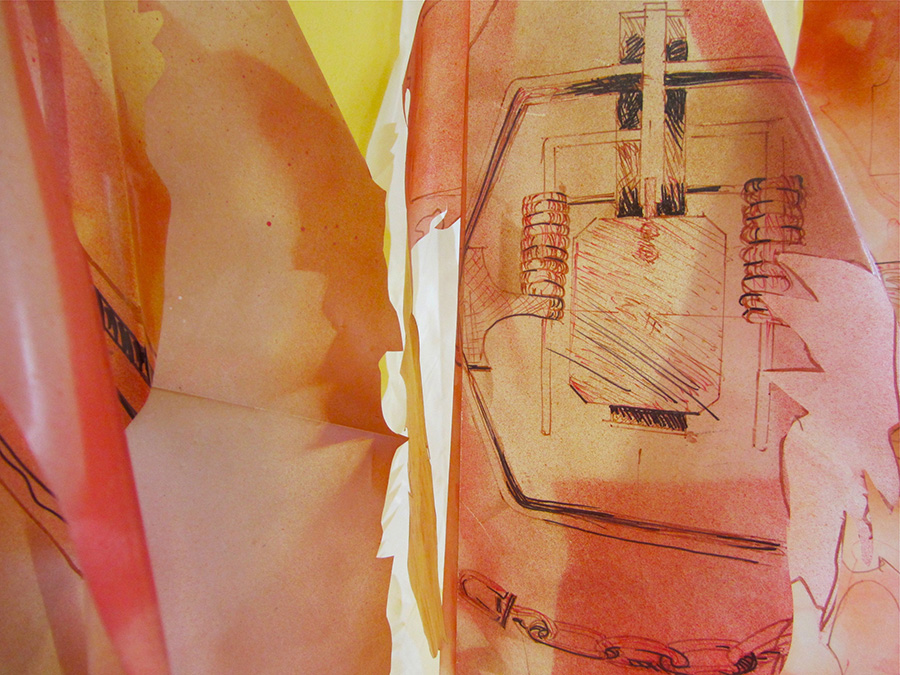 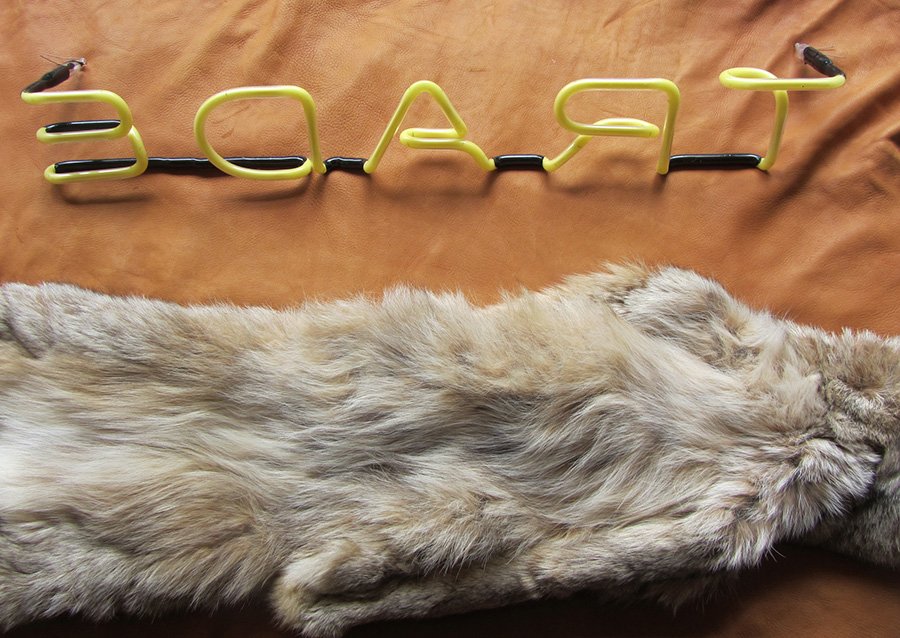 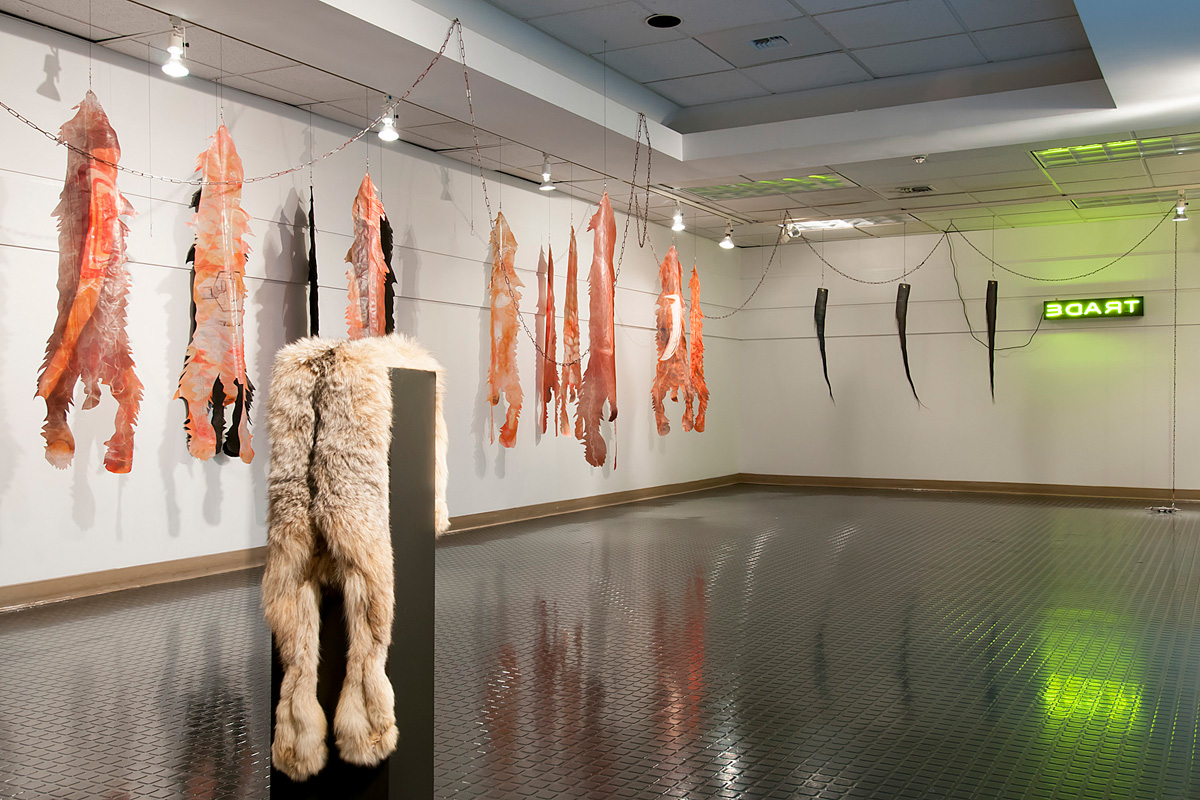 With the passing of time favored memories equate utopia and horded objects possess life that perpetuates a fictitious past.

Lynx pelts sustain treasured times in a frozen territory.
The snapping of metal jaws and blood are absent, present was the thrill of success.
Strong hands stitched furs into sellable forms.
Success was measured by one’s cunning abilities to supplement life.

Memories of a territory past hold the edge of wildness and devalue a reality that is now inescapable. Who created that utopia?
Was it Raven as is stated in our legends?
Was it the impact of foreign borders and the loss of a barter system?
Was it the fashion trends of dignitaries?

Who sought their utopia when I was living mine?
Will this current environment be someone else’s utopia?

Tanis Maria S'eiltin's art is informed by her rich Tlingit heritage and an artistic philosophy that is in constant flux. Territorial Trappings references a semi-subsistence life style that was dependent on the fur trade industry. Symbols on hides reflect a greater understanding of the struggles that warranted sacrifice and the sirens that beckon a return to a territory that is now unattainable.